Headline notes on the International #LiteratureSummit 2016

We were delighted to welcome an impressive turnout of literary delegates and speakers – writers, publishers, literature organisations, literary agents, literary editors, translators and academics – to the Summit on the International Promotion of Literature & Books 2016 on 23 November for what many have described from the feedback as a stimulating discussion. We’re grateful to all the speakers, including Alasdair Allan MSP, Minister for International Development & Europe who delivered the opening address, and delegates for their contribution. Photos of the day are here. 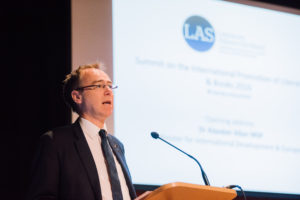 Below are the headline notes, including, at the end, the consensus reached and the agreed key action, on which we will move forward quickly, so watch this space! 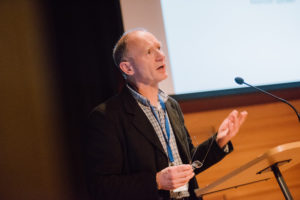 Session One – Literature Organisations’ Perspective: what needs to be done? 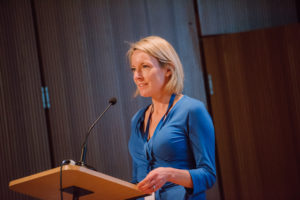 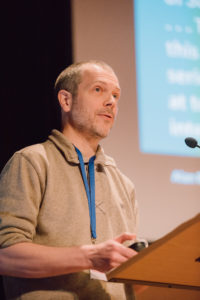 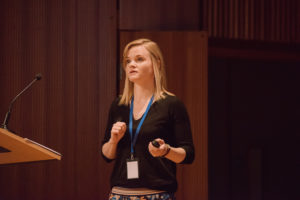 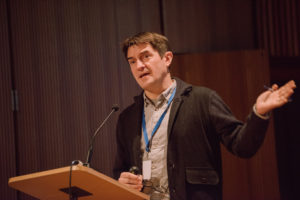 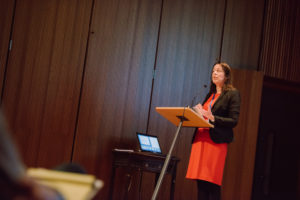 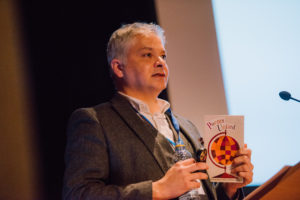 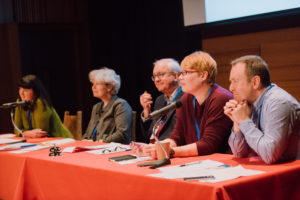 JMcV: Arts and tourism separated by semantics – visitors = readers, audience. Literary tourism generally packaged as heritage as easier to engage with place marketing. Challenge is how tourism sector works with contemporary writers. Engage with organisations to find the ‘hook’.

Soft power
JN: Cultural diplomacy and relationships are fluid. Difficult to match countries and agency objectives with artists’ creative suggestions and where they want to go.

Tourism
JMcV: Readers are the audience. Engage with the cultural tourism offering of all kinds of countries.

CB: We need to understand and recognise the differing priorities for organisations, agencies, writers, publishers etc. to find where they overlap – the sweet spot.

Branding a culture
JO: Need to understand what starts the conversation with a country, which varies from country to country. Need to start thinking about its audiences, tourists, readers – where do we want to engage? Don’t rely on what is already out there and the known writers. Need to do more about content that resonates here – different across Scotland. Businesses here are identifying new ideas, taking on the risk and offering support with that risk.

CB: English and Scottish book activity looks for a range of writers from across the country, depending on what the project is looking for.

JO: What is your audience, where are they and what is the hook? How to bring it all together?

JN: An atmosphere where organisations are championing each other’s efforts. Need for a collective mechanism to bring these efforts together. New agency not feasible, but tangible efforts can be made. Persuade Scottish media to focus on the arts more. Work in development visibility on increasing Scottish arts in the media. 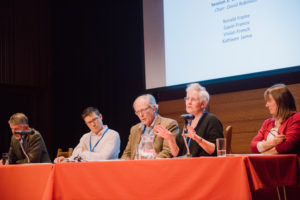 VF: When do you decide that an author is Scottish and that their work is Scottish?
Children’s picture books are a massive export. 80% of books in a Copenhagen bookstore originated from the UK. Live aspect is very important for children’s books.

GF: Attending events or travelling has been under different provisos, different organisations and mechanisms. It’s very precarious, often fortuitous. It would be useful for authors if they knew that British Council would help fly them if there was a bursary or more information available.

RF: Scottish fiction doesn’t seem to sell well. It sells well in the US but less so here.

KJ: Scotland is a country of landscape, not of crime.

VF: With the children’s book world, it’s our books going out but not many books coming in.

GF: There are hopeful signs with basic minimums to pay writers travelling to events. Most writers have a couple of jobs to support themselves too.

Key issues: writers and bureaucracy for applications and rights issues, points raised about the issue of selection of writers, perception that the same writers get chosen for agency projects, writers not being aware of how their work is used or what organisations offer.

Also highlighted was International Literature Showcase in Norwich, which CS is partner funding. 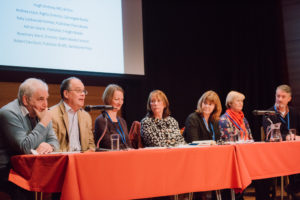 Session 4: Publishers’ Panel – what more could be done internationally?

AS: Sell more books to International publishers, more resource to Publishing Scotland to expand on success. Foundation of success based on books that have done well in their own country – over 10,000 copies. Build the market in Scotland. Pressure the media for support.

RD: Action on sales – we have a team in North America selling Scottish books. Face to face contact is key.

AJ: AJ: Key for Scottish publishers to get out and build relationships with international publishers to persuade them to take risk on a new voice and new writer. Need Go See follow up fund, Reverse Fellowship internship.

AS: Good examples is NORLA, great engagement, success in home market but doing it for 25 years – long term investment. 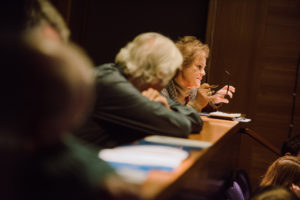 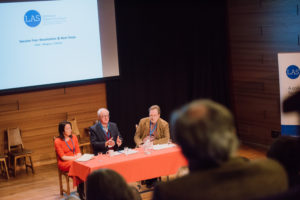 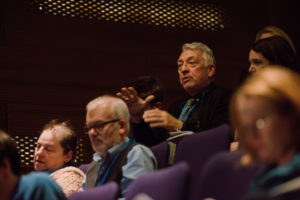 Jeni Oliver, SDI, made a commitment for 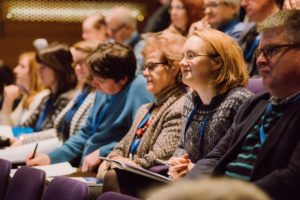 Ian Brown: Problem of not overlapping – clear need for more coordinating and communicating within the sector.

James Robertson: Opportunity to promote literature in collaboration with other cultural forms – overlap with music and other art forms, especially film.

Ron Butlin: Need to help Scottish Government understand that the arts are cost-effective PR for Scotland.

Linda Strachan: Authors don’t know what’s going on and how their work is being used. How to communicate information to the grassroots level? It needs to reach the writers and the creative people.

Robyn Marsack: Poets needs to try and subscribe to literature organisations such as SPL. Writers need to make an effort too – it’s a two-way system.

A meeting will be convened, under the auspices of LAS, via an open call, that both members and interested non-members can attend to discuss and work out the detail of the Summit’s consensus for a joint service between organisations with a practical, pragmatic and focused universal approach. 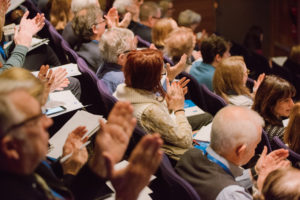