We’re delighted to introduce our Next Level Awardee for Round One of the programme: Nyla Ahmad.

Next Level is LAS’ pilot career development programme that aims to equip two mid-career arts professionals (in two separate rounds) on the path to a senior position with the intended outcome of increasing diversity within the literature, languages and publishing sector.

We’re excited to be working with Nyla and already making good progress on her tailored development programme, which will include mentoring, one-to-one personal training and industry introductions.

Read Nyla’s experience on the Next Level Programme. 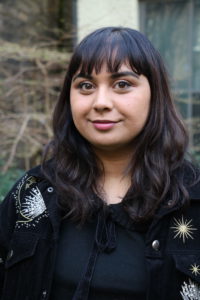