We’re thrilled to introduce the Next Level Awardees for 2021: Keira Brown and Heather McDaid.

Next Level is LAS’ career development programme that aims to equip two mid-career arts professionals on the path to a senior position with the intended outcome of increasing diversity within the literature, languages and publishing sector. The free Programmes will be delivered online and includes training, mentoring and facilitated industry connections tailored to each Awardee’s career goals. As both Awardees are freelancers, they will each receive a Living Wage stipend to cover their time participating in the Programme. This is supported by our funding from Creative Scotland. 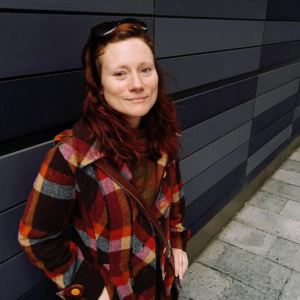 Keira Brown has an in depth understanding of the commercial side within the book trade and the long-term impact of book events. She has a local knowledge of the writing and spoken word scene in Scotland having co-produced Paisley Book Festival two years running. As well as the work she does for the literature sector she is also Editor of cultural review site, The Fountain, and Board Trustee for Scottish PEN.
@DowntownKeiraB
https://thefountain.scot 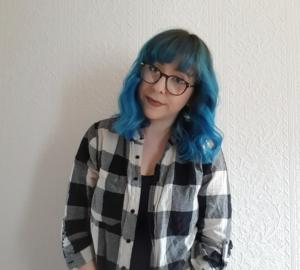 Heather McDaid is an award-winning publisher and freelancer. She is currently co-founder of indie publisher 404 Ink, Books Editor at The Skinny magazine, and Events and Programme Support Officer at Publishing Scotland. Previous roles have included Coordinator of The Saltire Society’s virtual book festival #ScotLitFest, and Co-Chair of the Society of Young Publishers Scotland; she has worked in a freelance capacity with organisations including Scottish Book Trust, BHP Comics, Canongate, Girlguiding Scotland, and many more. She received the London Book Fair Trailblazers award for those ‘blazing a trail through their 20s’, was jointly awarded the Saltire Society Emerging Publisher of the Year, shortlisted for the Kim Scott Walwyn Prize for the professional achievements and promise of women in publishing, and was named by Margaret Atwood as ‘a woman shaping the future’ based on her work within publishing.
@heathermmcd
heathermcdaid.com