RSL report – A Room of My Own

The Royal Society of Literature has revealed the findings of its latest report on what writers need to work today – A Room of My Own. Below is a summary.

The support a writer needs:

Ninety years after Virginia Woolf’s ‘A Room of One’s Own’, a room to write from and money are still important to sustaining a career in writing. However, peer support and emotional support are now seen as significant to more writers than financial support. 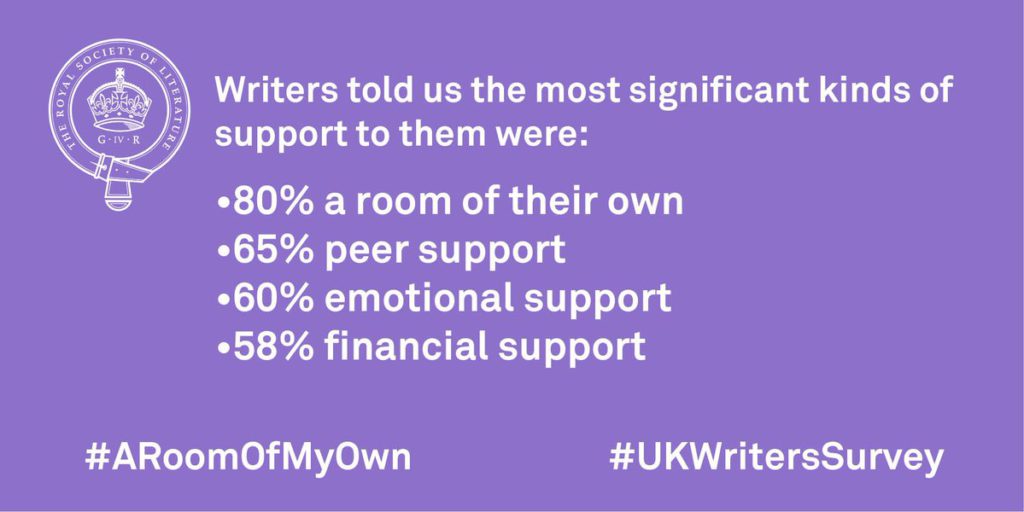 The support a writer receives:

The vast majority of writers do not earn the income that Virginia Woolf argued a writer needs £500 a year, equivalent to just over £30,000 in 2019. The majority of writer respondents earned below £10,000 from their writing in 2018. 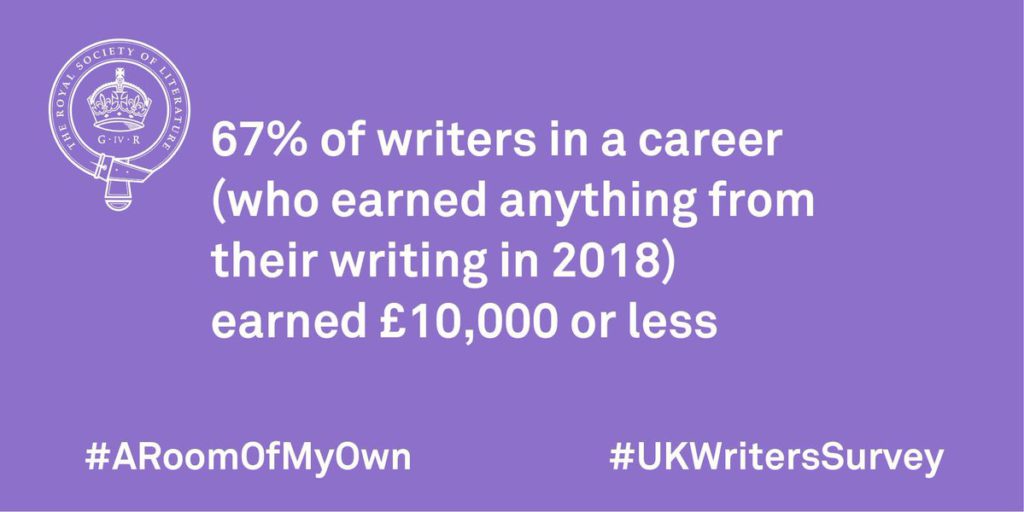 Only a small minority of writers are able to support themselves through their writing income alone. A writer is almost three times as likely to earn over £30,000 from work outside writing than in it. 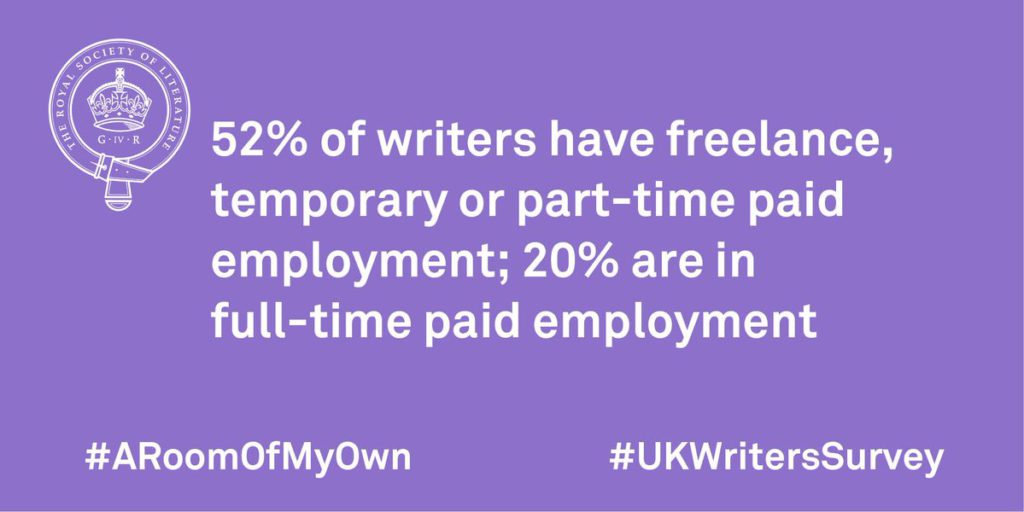 Writing is a career in which opportunities are currently far greater for those from privileged backgrounds. Pay gaps in relation to social class identity, gender identity, ethnicity and geographic region are greater in a writing career than in employment outside it. 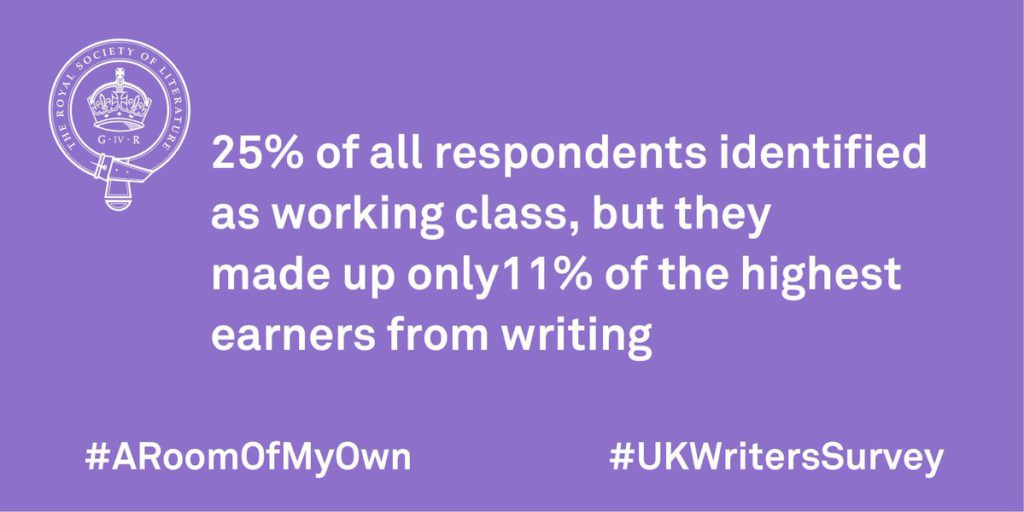 The words that sustain a writer:

Asked for the piece of advice that encourages them to pursue a career in writing, the most common were to persist through rejection, and that their voices are important.