The next CPG on Culture will be held on Tuesday 25 September 2018 between 5.30pm-8.00pm at the Scottish Parliament in Committee Room 2 and is entitled Connection: Impact of the Referendum on EU Membership on Scotland’s cultural sector.

The meeting will also be the AGM of the group.

A full agenda will be made available in due course, however the meeting will follow the usual format:

Unfortunately, due to room capacity only 60 non-MSPs can be accommodated at the meeting. Demand is expected to be high so please RSVP to Karen.Dick@creativescotland.com  to secure your spot.

Details of proceedings will be posted on the website (www.cpgonculture.com) after the meeting.

The cross-party committee of MSPs say the organisation’s decision-making process on funding for touring theatre and dance companies fell “well below the standard expected” of a non-departmental public body.

In a 12 page letter to the Chief Executive Officer of Creative Scotland, the committee sets out the findings from its parliamentary inquiry into Regular Funding for 2018-21.

“With more than 50 responses from artists and arts organisations, it is clear to us that the confidence of a significant element of the cultural sector in Creative Scotland’s regular funding process has been badly damaged.

“In particular we felt that the handling of the process in relation to touring theatre and dance companies fell well below the standard that is expected from a non-departmental public body.”

Deputy Convener, Claire Baker MSP said: “The Committee has expressed serious concern over Creative Scotland’s Regular Funding for the 2018-21 period. We keenly await its written response to the issues we have raised and have set a deadline of 31 August. We will also invite representatives of Creative Scotland to appear before the committee again when Parliament returns from summer recess.”

Joan McAlpine’s letter to Janet Archer, Chief Executive Officer of Creative Scotland, will be available on the Committee’s inquiry page.

Key findings and recommendations from the Committee’s inquiry include:

The above press release has been reproduced from the Scottish Parliament’s News & Media Centre here.

Following the Call for Views from the Parliamentary Committee for Culture, Tourism, Europe and External Relations, we submitted the following written response at the end of March 2018. 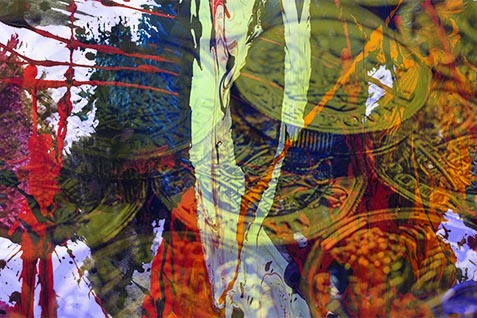 Last week we surveyed our membership anonymously for their views on Creative Scotland funding. We asked them to share the survey among their own networks and obtained 34 responses, which have informed this submission.

Respondents are writers, poets and people who work in publishing, festivals, teaching, charities and organisations involved with the literature, publishing and languages sector. They are based across Scotland, from the Outer Hebrides to Aberdeen and from Shetland to Wigtown.

Of the 121 organisations in the 2018-21 Regular Funding Network, nine represent the literature, languages and publishing sector. They were awarded just over £7m of the total RFO budget of £101.6m.

More than half of respondents (53%) consider Regular Funding to support the arts and creative organisations throughout Scotland ‘a great deal’, or ‘a lot’ (19%) while 22% say ‘a moderate amount’ and 6% ‘a little’.

The impact of awards for Regular Funding on other funding streams

This was a comment-only question. Key comments include:

47% of respondents agree or strongly agree with the statement ‘I am concerned that the recent RFO process introduced major strategic change at a late stage in the process without consultation.’

97% agree or strongly agree that there should be a clear link between Creative Scotland’s strategies and its funding decisions (assuming the strategies are sound).

70% of respondents agree or strongly agree that there needs to be more flexibility in Creative Scotland’s funding routes and timescales to meet different needs within the sector.

64% strongly agree or agree that decision-making should include appropriate peer review.

Members were asked what Creative Scotland’s top priorities should be for the future as a comment-only question. The range of views have been prioritised below by volume.