Edinburgh UNESCO City of Literature Trust is looking to appoint two to three enthusiastic new Board members with particular experience in one or more of the following: finance, large-scale building projects, community engagement, and human resources.

They want their Board and programme of work to have broad representation and welcome applications from across all communities.

Are you interested in being part of the leadership of the City of Literature and supporting the creation of a Literature House for Scotland in Edinburgh? Are you inspired by Edinburgh being the world’s first UNESCO City of Literature, a pioneer in an international network of Creative Cities spanning the globe? Apply by 5pm on Friday 3 July 2020.

It is their aim for new appointees, once approved, to formally take up their post from September 2020, for a period of up to three years. The posts are not remunerated but some expenses are covered as per the Board Members’ Expenses Policy. 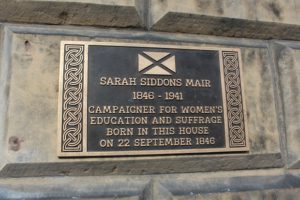