Moniack Mhor, Scotland’s Creative Writing Centre, and The Bridge Awards are delighted to announce that the winner of the 2022 Emerging Writer Award is Natalia Theodoridou, a fiction writer born in Greece, with roots in Russia, Georgia, and Turkey and based in the UK.

Natalia Theodoridou will receive a tailor-made package worth up to £2,000, which includes tuition via open courses, retreat time and/or mentoring at Moniack Mhor. 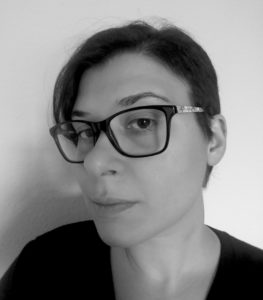 The judges were unanimous in their support of Theodoridou’s work in progress, a short story collection built around themes of transformations, loss – of place, of others, of self – and methodologies for existing in worlds where one never wholly fits. Titled Attempts on The World, the stories exist in the interstices between literary and speculative fiction.

Tracey Emerson, author, and Creative Director at The Bridge Awards said: “As the Emerging Writer Award goes into its seventh year, we are delighted to have Natalia as our winner. His stunning writing blew us away as soon as we read it and we can’t wait to see him develop his talent further during the course of the award.”

Natalia Theodoridou said: “I spent the week after learning I won Moniack Mhor’s Emerging Writer Award in a state of disbelief, half-expecting a follow-up email in which I’d be informed that, regrettably, some mistake had been made. Yet here we are! It’s an honour and such an incredible vote of confidence. I applied for the Award hoping to be given the space, time, and support necessary to work on my debut short story collection; for all writers, but especially for marginalized ones, that license can be as vital as air. When describing my work, I said many of the worlds in my stories are utopias where people take care of each other, for once. I wasn’t expecting my little shot in the dark to be answered so kindly and so soon. I am grateful.”

Theodoridou is a queer writer of strange stories that exist in the interstices between literary and speculative fiction. He has won the World Fantasy Award for Short Fiction, the Silver Prize for poetry in the Creative Future Writers’ Awards, and the Word Factory Apprentice Award. He has also been longlisted for prizes such as the Galley Beggar Short Story Prize, the Manchester Fiction Prize, the White Review Prize, and the BBC National Short Story Award. His stories and poems have appeared in Kenyon Review, The Cincinnati Review, Ninth Letter, and Strange Horizons, among other venues, and have been translated into Italian, French, Greek, Estonian, Spanish, Chinese, and Arabic. He holds a PhD in Media and Cultural Studies from SOAS. An immigrant to the UK for many years, Natalia was born in Greece and has roots in Georgia, Russia, and Turkey. 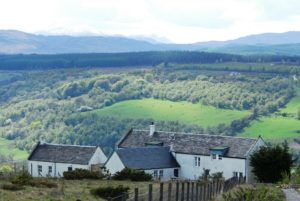 The second-place finalist for the prize is Lucy Steeds, a writer based in London, who will receive a course, retreat, or the equivalent in one-to-one mentoring.

All bios and images are available for all the authors on the Moniack Mhor website: https://www.moniackmhor.org.uk/writers/awards-residencies/the-bridge-awards/

For more information or to arrange an interview with Natalia Theodoridou, please contact Kirsteen Bell on 07842 040 165 or kirsteen@moniackmhor.org.uk

Moniack Mhor Writers’ Centre is situated in a beautiful rural location in the Scottish Highlands, Teavarran, Kiltarlity, 14 miles outside Inverness. Since 1993, Moniack Mhor has been working with the finest writers from the UK and beyond to deliver creative writing courses, retreats and other support for writers of all ages and abilities and from all walks of life.

Moniack Mhor is a registered charity and is supported by Creative Scotland as a Regularly Funded Organisation. It also offers courses, mentoring and a leadership programme for care experienced young people aged 14-26 in Scotland, via funding from Life Changes Trust.

The Centre also facilitates several writing awards as well as providing residential opportunities for professional, published artists to develop their work. It works closely with other key Scottish literature organisations and other partners and runs a broad community programme. It also provides writing tuition in Highland schools and to young people through writing clubs.

Moniack Mhor champions equality and aims to break down barriers to the creative process, including offering a bursary scheme to support fees where needed.

The Bridge Awards is a philanthropic venture that provides funding for the arts. This support is given in the form of annual awards and regular micro-funding opportunities.

Support is given to Individuals and organisations involved in the fields of literature, film, visual arts, theatre, dance and music. We also fund selected cultural heritage, conservation and community projects, both in the UK and abroad.