Congratulations to Rebecca Ley and her publisher Sandstone Press, on Sweet Fruit, Sour Land  winning the Not The Booker Prize 2018.

In a ‘brave decision’ the judges overruled the public vote, which went to Raising Sparks by Ariel Kahn, to put their weight behind  the debut dystopian novel, Sweet Fruit, Sour Land. 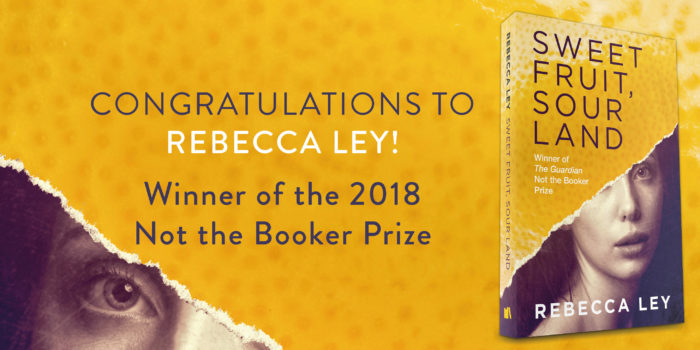 Last month £1,034,174 of Creative Scotland Open Project Funding was awarded to 43 recipients, including individual artists, musicians, writers, theatre makers, festivals and organisations working across the arts, screen and creative industries. Over £950,000 of these awards has been awarded through National Lottery Funding.

Congratulations to the following organisations and individuals receiving funding in February 2018 for Literature:

Dingwall-based Sandstone Press have received funding to enable them to publish twenty-five new titles in 2018, including 10 fiction and 15 non-fiction titles, alongside professional development for members of the Sandstone Press.

For funding information on the other cultural sectors, read the announcement on Creative Scotland’s website.