We’re delighted to announce that The Super Power Agency and The Scottish BAME Writers’ Network, have joined LAS as a Network Associate and Full Member, respectively. We’re looking forward to working with both these fantastic organisations and their teams more closely. 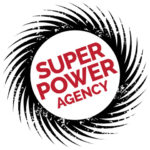 The Super Power Agency (SPA) is working with Scotland’s most disadvantaged and under-resourced young people aged 8-18 years to change the statistic that one quarter of all Scots pupils, leave primary school functionally illiterate. Their creative writing workshops, interdisciplinary programmes, and mentoring make learning fun. They encourage pupils to put pen to paper, build their writing skills and express themselves with confidence. Currently partnered with 12 schools, SPA volunteers share their time and talent to support the work of young writers, teachers and youth workers. Ultimately, they’d like to bring their writing workshops to schools and communities throughout Scotland. SPA is dedicated to showcasing the written works of the young people who take part in their projects and have already published eighteen books of their writing through their own imprint Super Power Books. One of the first ‘The Leither’s Guide to Leith’ is now housed in the archives of the National Library of Scotland – quite an accomplishment for its young authors. SPA can be found on: Twitter @superpow3; Instagram:@Superpoweragency; Facebook: @superpoweragency; and LinkedIn: Superpoweragency

The Scottish BAME Writers Network (SBWN) provides advocacy, literary and professional development networking opportunities for BAME writers based in or from Scotland. Since 2018 they have worked to facilitate necessary conversations around inclusive programming in an effort to overcome systemic barriers that BAME writers often face. As an organisation run by people of colour SBWN prioritises BAME-led opportunities and are keen to spotlight and promote the diverse literary voices in Scotland while remaining as accessible as possible to marginalised groups. SBWN can be found on Twitter @ScotBAMEwriters