One of my earliest memories is that of “Joining the Library.”

In the long summer holidays before I started school, my mother, fed up with my older siblings complaining that I was stealing their books, dispatched me, in custody of a Big Sister, to the imposing building in the local park with instructions to obtain a library card in my name. The Dragon Lady, whose lair it was, guarded the entry by means of a wicket gate which she operated via a foot pedal concealed under the counter. She inspected me from a great height and declared that, as she knew that I was from a Respectable Family, she would permit me to have a readers’ ticket. Fixing me with a hard stare, she listed the Conditions of Entry:  No Loud Talking, No Grubby Hands, No Turning Down of Pages, No Late Books. And on, and on. My little heart beat fast with excitement as she began to fill in the form, but when it came to the section marked ‘Age’, I had to confess to being only four and a half and not yet at school. She paused, pen hovering, ‘If you’re only four and a half and not yet at school then you won’t be able to read,’ she told me. ‘You can’t join the library until you can read the books.’ She made to tear up the form but, bravely, my sister spoke up saying that I could read… some words. The Dragon Lady narrowed her eyes, ‘We’ll soon find out if that’s true!’ And as I stood there, legs trembling in terror, off she went to find a book to give me a reading test.

The daftness of this still astonishes me.

And where libraries are concerned, there is today still a great deal to be astonished about – in a positive way. In the USA there are more public libraries than there are McDonalds. In the UK more people visit libraries than attend football matches or the cinema. There is a great deal of documented evidence on the links between books and literacy and communication, but one statistic that stuck in my mind was the assessment that a child in the Third World whose parent / carer could read was seven times more likely to survive to adulthood.

For almost 30 years as a visiting author, (but also wearing my invisible librarian’s cloak) I have travelled extensively, nationally and internationally, visiting a huge variety of libraries, and I’m impressed that our country stands strong in comparison to what I have seen elsewhere. Within Scotland, services delivered by professional librarians are superb examples of best practice.

A few years ago, I made a presentation about library services in Scotland to Russian librarians at a Cultural Fair in Siberia. My testimony was marvelled at, my materials seized upon and carried off. However, since then, I’ve been involved in numerous protests against administrations which fail to see the value in professionally delivered library services and are starving our libraries of resources, stock and staff. Book budgets are slashed, which leads to a drop in issue figures, professional posts deleted, with job specifications changed to remove the need for a professional qualification. Branch libraries and mobile services closed down in areas where there are limited bus services and residents have no means of transport. This imposes a swathe of deprivation across housing estates and rural areas of Scotland. These ongoing cuts strike at those most in need of a library service and those least able to protest: the less affluent, the frail and elderly, people who are challenged mentally and physically and their carers, those who look after babies and toddlers and, crucially, our children. In addition to the dissemination of knowledge, and imparting information-retrieval skills, professionally delivered library services embed the joy of reading in our citizens, encouraging self-advancement, articulate self-expression, confidence, validating their life and culture, thus leading to social and emotional competence. Exposure to stories, essays and poetry from where we live, using our language, contemplating our culture, with themes and characters which resonate with our lives, is enormously self-affirming. Nowhere else provides this service at that level.

What continues to astonish me is that the Dragon-Lady attitude still exists among some of our governing bodies. That, somehow, by being provided with a library service the public are being afforded a favour. It is, in fact, a right, not just an ethical and moral obligation – it is enshrined in our law that an adequate library service should be provided. Through the ages, from manuscripts to the invention of the printing press, it was recognised that the written word had enormous power. In the 19th Century, our first Library Acts struggled to get through Parliament in the face of opposition who considered the concept dangerous, for:

“The working classes have too much knowledge already: it was much easier to manage them twenty years ago; the more education people get, the more difficult they are to manage.”

Despite this, our free libraries became the portal through which anyone, regardless of class, creed, colour, or culture, could access knowledge. In a civilised society this is fundamental. Although, via the internet, there is the opportunity for people to access facts worldwide, the librarian’s role is more pertinent than ever as modern media controls information. Marketing forces collect personal data to feed our minds an orchestrated diet, often with a product-placing or political agenda. This includes non-fiction and fiction – the facts and the stories we see and hear are filtered. Library materials, and the distribution thereof, needs professional librarians making unbiased decisions to use their skills in finding and evaluating items which takes notice of local, national and international matters. To limit or close off access to information and the ideas of others makes us extremely vulnerable.

Sections of the population appear to be complacent and staggeringly ignorant of the social conditions in which a large number of people live. If you can afford to buy books from the internet, at a bookshop, at an airport or a railway station then you have, in effect, a private library. Increasing areas of Britain cannot and do not. Recent projections from the Resolution Foundation indicate that child poverty is on a course to hit a 20-year peak. I have made hundreds of author presentations both in and outwith Scotland, often organised by librarians. And, being a former Community and Mobile Librarian and also having held the position of Head of Youth Library Services, I know how vital these services are to the communities they serve. In a time of pressure on families and homes we should be looking at increasing and adapting library services, not curtailing them. Libraries are a keystone benefit to children. I firmly believe that removing library access from a child’s life will do incalculable damage. Children and their carers need quantities of books of a wide range made readily available, and trained staff to guide their choices and promote reading initiatives.

I feel that politicians regard local protests about library cuts as expressions of self-interest and are vastly underestimating the wholesale anger at what is happening to something people value and cherish. As Scottish literature and learning is widely esteemed and respected, it is our duty to ensure that it is protected. I think, universally, writers and illustrators acknowledge the role libraries have played in nurturing their talent and don’t want to see a future generation starved of this and their aspirations not fulfilled.

Aged four and a half, miraculously, I passed the Dragon Lady’s reading test. She unlocked the wicket gate and I was allowed to enter the Magic Portal. I am utterly convinced that I would have lived a ‘lesser’ life without the services the library provided. Like very many others, it gave me the opportunity to flourish, to achieve potential that might otherwise have been unrealised.

The library was the step-up previous generations used to progress. When we have managed to do this let us not then pull the ladder up after us. 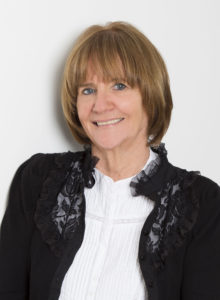 Winner of many literary awards, Theresa Breslin is the popular critically acclaimed author of over 50 titles covering every age range, whose books have been adapted for television, stage and radio, and are translated worldwide. Her work includes modern issues, historical novels, folklore, fantasy, humour, sci-fi, time slip adventures, real-life situations faced by children, such as bullying, and texts suitable for challenged and EAL readers, short stories, poetry & plays.

She won the Carnegie Medal, the UK’s most prestigious prize in Children’s Literature, for Whispers in the Graveyard, her compelling story of a dyslexic boy. Theresa is committed to promoting reading and writing – and she’ll talk about this to anyone who will listen!

A former Youth Librarian, Theresa is passionate about children’s literacy and literature and is an active advocate for libraries. She is an Honorary Fellow of the Association of Scottish Literary Studies. She was the project manager of the BAFTA nominated Scottish Writers programme and was awarded Honorary Membership of CILIPS for services to children’s literature and librarianship. Theresa has served on the Board of Scottish Book Trust and on the Advisory Committee for Public Lending Right in the UK. Supported by the Scottish Arts Council and the Federation of Children’s Books Groups, she started the West of Scotland Children’s Book Group. She actively supports literacy initiatives for young people and has written articles and made a wide variety of presentations on this subject.

In February 2011 Theresa co-ordinated the demonstration outside the Scottish Parliament to protest against the downgrading of library services and ask the Scottish Government to provide a nationwide policy. She was 2016 President of CILIPS and is a keen supporter of ‘Save Scotland’s School Libraries’, providing submissions to the committee considering the petition to parliament in 2015. In 2019 Theresa was awarded the Outstanding Achievement Award by Scottish Book Trust.